Watch Out for Asian Jumping Earthworms!

Have you noticed a lot of worms in your garden?  And do they look like the worm in the photo?  Then you just might have Asian jumping worms.  Asian jumping worms are different from regular earthworms and we’ll discuss the differences and learn how they are negatively impacting our gardens and ecosystem.

How Can You Identify an Asian Jumping Worm?

Jumping worms get their name from the way they violently thrash on the surface of the soil when you disturb them.   They are also referred to as crazy worms and are unbelievably fast!   If you try to catch one, they will shed a piece of their tail in an effort to escape.  They are brown to grayish in color with a smooth, white band (clitellum) that goes all around the body near the head.   If you see one, chances are there are a lot more nearby.

The European earth worms have a swollen, slightly raised clitellum and it does not wrap around the entire body and is not considered a threat to the soil

Don’t Assume All Earthworms are Equal

We all seem to have a basic understanding that earthworms are good to find in our soil because they aerate the soil which improves the soil structure.  But that understanding is based on European earthworms that live everywhere in the United Sates.   But that knowledge isn’t correct now with the introduction of Asian species of earthworms.  Asian jumping worms are an invasive earthworm introduced to North American from eastern Asia and dramatically degrade the soil and natural forest habitat.

Asian jumping worms are relatively new to North America and were imported accidentally in potted plants in the late 1800's and were spread in the soil of shared garden plants and compost.

How Are Asian Jumping Worms Different?

Jumping worms live and feed close to the soil leaving the soil feel grainy and full of worm castings which resemble large coffee grounds.  They’re not providing any of those deep-dwelling benefits of turning the soil and mixing nutrients that regular earthworms produce.  Jumping worms eat all the organic matter such as leaves, etc. on top of the soil and their poop (castings) are rich in nutrients but often lost to the plant because after the next rainstorm, those nutrients are leached away.    This surface soil ends up having poor structure for plants to grow in and is not a sustainable way to keep the soil rich and healthy.

Jumping worms are axexual (pathenogenetic); each worm can reproduce on its own without a mate.

August-September – Mature worms reproduce, depositing egg-filled cocoons into surroundings.  They can have two hatches during this period.

Because Jumping worms live and feed close to the soil, they will rapidly consume mulch so if your mulch is rapidly disappearing, dig into the soil see if you see their grainy castings and you might even see a worm or two.

How to Prevent the Spread of this Invasive Species

Only purchase compost that has been properly heat treated to reduce pathogens.  Remove and destroy adult worms by bagging them in a thick gallon plastic bag and throwing them in the trash....they won't survive long.    Worms also can be killed by putting them into a container with rubbing alcohol.

Research is being done on forests and the effects of this invasive species and although we know so much more about the Asian jumping worm than we did a few years ago, research is coming about slowly.  Several control products are being studied but as of yet, there are no definite favorable results to report.

We hope this blog will help you recognize this invasive species.  Landscaping needs are unique to each and every homeowner.  But don't feel overwhelmed!   Whitehouse Landscaping has creative landscape solutions for every front or backyard space.  We enjoy creating beautiful environments for families to enjoy. 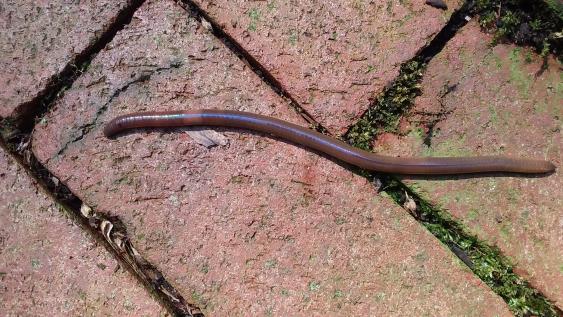 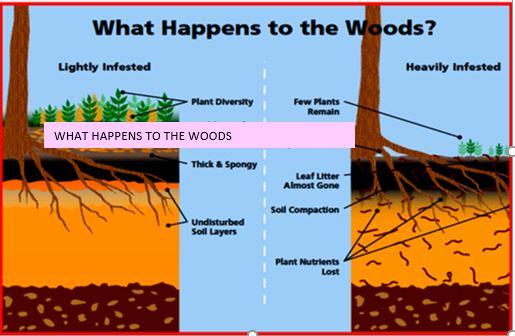